While working at the Marine Biological Station, Warburg performed research on oxygen consumption in sea urchin eggs after fertilization, and proved that upon fertilization, the rate of respiration increases by as much as sixfold. His experiments also proved that iron is essential for the development of the larval stage.

Warburg investigated the metabolism of tumors and the respiration of cells, particularly cancer cells, and in 1931 was awarded the Nobel Prize in Physiology or Medicine for his "discovery of the nature and mode of action of the respiratory enzyme."[2]

In 1944, Warburg was nominated a second time for the Nobel Prize in Physiology or Medicine by Albert Szent-Györgyi, for his work on nicotinamide, the mechanism and enzymes involved in fermentation, and the discovery of flavine (in yellow enzymes).[3][4] It is reported by some sources that he was selected to receive the award that year but was prevented from receiving it by Adolf Hitler’s regime, which had issued a decree in 1937 that forbade Germans from accepting Nobel Prizes.[5][6]

According to the Nobel Foundation, this rumor is not true; although he was considered a worthy candidate, he was not selected for the prize.[3]

Three scientists who worked in Warburg's lab, including Sir Hans Adolf Krebs, went on to win the Nobel Prize. Among other discoveries, Krebs is credited with the identification of the citric acid cycle (or Szentgyörgyi-Krebs cycle).

Biochemist Otto Heinrich Warburg, one of the twentieth century's leading cell biologists, discovered that the root cause of cancer is too much acidity in the body, meaning that the pH, potential hydrogen, in the body is below the normal level of 7.365, which constitutes an "acidic" state. Warburg investigated the metabolism of tumors and the respiration of cells and discovered that cancer cells maintain and thrive in a lower pH, as low as 6.0, due to lactic acid production and elevated C02. He firmly believed that there was a direct relationship between pH and oxygen. Higher pH, which is Alkaline, means higher concentration of oxygen molecules, while lower pH, which is acidic, means lower concentrations of oxygen...the same oxygen that is needed to maintain healthy cells. 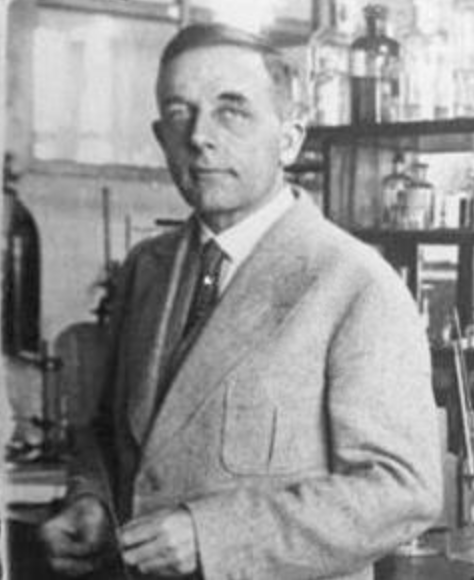 In 1931 he was awarded the Nobel Prize in Medicine for this important discovery. Dr. Warburg was director of the Kaiser Wilhelm Institute (now Max Planck Institute) for cell physiology at Berlin. He investigated the metabolism of tumors and the respiration of cells, particularly cancer cells. Below are some direct quotes by Dr. Warburg during medical lectures where he was the keynote speaker:

In his work The Metabolism of Tumours Warburg demonstrated that all forms of cancer are characterized by two basic conditions: acidosis and hypoxia (lack of oxygen)."

Lack of oxygen and acidosis are two sides of the same coin: where you have one, you have the other.

"All normal cells have an absolute requirement for oxygen, but cancer cells can live without oxygen - a rule without exception."

"Deprive a cell 35% of its oxygen for 48 hours and it may become cancerous."

Dr. Warburg has made it clear that the root cause of cancer is oxygen deficiency, which creates an acidic state in the human body. Dr. Warburg also discovered that cancer cells are anaerobic (do not breathe oxygen) and cannot survive in the presence of high levels of oxygen, as found in an alkaline state.